Royal Mail strikes over Black Friday and Christmas to go ahead 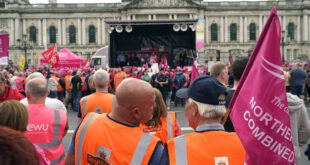 Royal Mail strikes planned for Black Friday weekend and through the festive period are set to go ahead after talks to resolve a dispute failed to reach a resolution.

Members of the Communication Workers Union (CWU) will walk out again – disrupting deliveries for ten days, including in the run-up to Christmas.

Fresh industrial action will take place on Thursday and Friday, as well as on November 30 and another seven days in December.

The postal service claimed it had made its “best and final offer” to the union.

Royal Mail said its revised offer includes “extensive improvements” that have been made during the negotiations with the CWU, including an enhanced pay deal of up to 9% over 18 months.

The company said it was also committing to no compulsory redundancies until the end of March 2023 at the earliest.

However, the CWU said the offer would  “spell the end of Royal Mail as we know it”.

Simon Thompson, Royal Mail’s chief executive said: “Talks have lasted for seven months and we have made numerous improvements and two pay offers, which would now see up to a 9% pay increase over 18 months alongside a host of other enhancements. This is our best and final offer.

“Negotiations involve give and take, but it appears that the CWU’s approach is to just take. We want to reach a deal, but time is running out for the CWU to change their position and avoid further damaging strike action tomorrow.

“The strikes have already added £100 million to Royal Mail’s losses so far this year. In a materially loss making company, with every additional day of strike action we are facing the difficult choice of about whether we spend our money on pay and protecting jobs, or on the cost of strikes.”

“These proposals spell the end of Royal Mail as we know it, and its degradation from a national institution into an unreliable, Uber-style gig economy company.

“Make no mistake about it: British postal workers are facing an Armageddon moment.

“We urge every member of the public to stand with their postie, and back them like never before.” 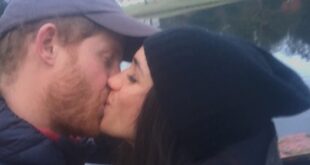