By Matthew Lodge For Mailonline

A teachers’ union has issued fresh threats of a strike later this year after seven out of 10 members said a 5% pay offer should be rejected.

The NASUWT has said it could ballot members on industrial action this autumn if the Government does not improve its offers for a below-inflation pay rise.

The union, which has more than 300,000 members, said teachers it has asked about a proposed 5% increase had voiced their overwhelming anger and opposition.

The Government has it is offering the ‘highest pay awards in a generation’, but this may not be enough to stop teachers becoming the latest sector to go on strike as they demand a 12% pay award.

The UK has been rocked by industrial action in multiple industries this summer, including rail strikes and walkouts from barristers and Royal Mail staff.

Dr Patrick Roach, general secretary of the NASUWT union, said if the 5% pay offer is not increased then members of his union will be balloted on strike action

NASUWT general secretary, Dr Patrick Roach, said seven out of 10 of the 9,000 teachers in England who were surveyed about the Government’s offer wanted it to be rejected.

He said: ‘NASUWT members had been clear in demanding that we reject the imposition of a below-inflation pay award.

‘This pay offer is yet another pay cut for teachers which will cause even greater damage to the morale of the profession.

‘The Government’s proposals fall way short of what teachers are demanding, following a decade of real terms pay cuts and the current cost-of-living crisis.

‘Ministers have refused to respond to our calls for proper negotiations and, once again, we are calling on ministers to get around the table to find a solution.

‘However, in the event that there is no improvement, the union remains committed to balloting its members in the autumn term for industrial action.’

The union, which has called for a 12% pay rise for teachers, is finalising its response to the Westminster and Welsh governments’ consultations on pay.

If it does ballot for strike action in the autumn, the NASUWT will be joining the National Education Union (NEU) – the largest teachers’ union in the country – in doing so.

The NEU is set to hold a preliminary ballot of its members in September, with a formal ballot to follow in November.

Kevin Courtney, general secretary of the NEU, said a 5% pay increase was actually ‘another huge cut to the real value of teacher pay against inflation’. 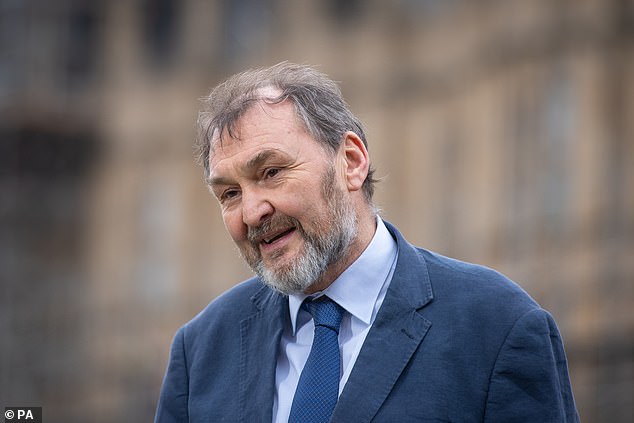 Kevin Courtney, general secretary of the NEU said the 5% pay offer was ‘another huge cut to the real value of teacher pay against inflation’

The Department for Education has said a 5% pay offer is a ‘responsible solution’ that would not lead to ‘sustained higher levels of inflation’.

A spokesperson for the department said: ‘We have accepted the recommendations of the independent School Teachers’ Review Body for the coming academic year and are awarding teachers the highest pay awards in a generation – 8.9% for new teachers outside London – alongside a 5% award for experienced teachers and leaders.

‘This year’s pay award is a responsible solution which recognises the hard work of teachers and supports with the cost of living, and the sound management of schools’ budgets.

‘By contrast, double-digit pay awards for public sector workers would lead to sustained higher levels of inflation, which would have a far bigger impact on people’s real incomes in the long run.

‘Funding for these pay awards will come from the generous school funding settlement at last year’s Spending Review.

‘The settlement is heavily frontloaded, with £4 billion extra going into schools this year and a total increase of £7 billion over the three years up to 2024-25.’

Previous FFS explains: Upcoming strikes in Scotland – when and why – The Ferret
Next Full list of post services facing delays