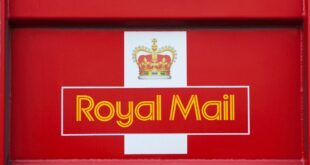 A TEENAGER accused of using the postal service in a bid to distribute ecstasy on a worldwide scale must remain in custody, a High Court judge has ruled.

Shawn Atkinson (19) was refused bail amid claims of sending illicit packages to destinations in Asia and Australia.

Prosecutors said he was at large for more than a year before being discovered hiding in an attic.

Atkinson, of Broadway in Bangor, faces drugs charges related to dates between September 2020 and October 2021.

When officers arrived at Atkinson’s home he allegedly escaped through the living room window.

Quantities of MDMA and cannabis were said to have been seized at the scene.

Crown lawyer Eoghan McCarthy submitted: “Police believe he’s sending drugs through the post to many different locations throughout the world.”

The accused has claimed he was only involved in a bath bomb enterprise.

Last July, Atkinson was located in an Audi A4 parked in Comber, but managed to get out and flee.

Suspected drug-dealing paraphernalia and nearly £6,000 was recovered from the car.

Weeks later he was said to have escaped again after being stopped in another car in Donaghadee.

Atkinson was finally apprehended during searches at a rental property last October.

“He was found hiding under insulation in the attic,” Mr McCarthy added.

Madam Justice Quinlivan rejected any suggestion that he should be released from custody due to potential delays in the case.

Previous Have you snapped the Queen? Chance for public to see own royal photos on show
Next ‘Will we ever get mail again?’ Royal Mail warns of more delays, affecting 91 postcodes. » Brinkwire