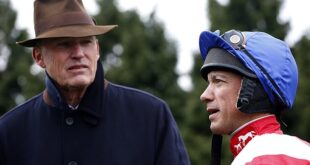 The benchmark FTSE 100 fell 0.4% with oil majors Shell and BP among top drags, while the midcap FTSE 250 dipped 1.5%. UK power generating companies Drax, Centrica and SSE plunged between 13.8% and 7.9% after the Financial Times reported that the British government planning a possible windfall tax on more than 10 billion pounds ($12.48 billion) of excess profits by electricity generators.

The wider utilities index dropped 0.6%. “The expectation is that this would be linked to the amount of cash poured into ESG initiatives to power the energy transition but also potentially in terms of measures taken by companies to ease the burden of high bills for cash strapped customers,” said Susannah Streeter, senior investment and markets analyst, Hargreaves Lansdown.

“However, we will have to wait for any detail of any plan to establish how much of a hit such a levy, if it is introduced, could have to the bottom line.” Wall Street’s main indexes fell on Tuesday, with the tech-heavy Nasdaq leading the slump, as a weak earnings forecast from Snapchat-owner Snap Inc added to nerves about an inflation-struck economy.

Royal Mail slid 5.5% after Peel Hunt downgraded the stock to “sell” from “buy”, saying it now assumes no dividends or buybacks. Restaurant Group Plc slipped 2.3% despite saying strong sales at Wagamama and its Frankie & Benny’s chain of restaurants were helping offset the impact of inflation on expenses. ($1 = 0.8012 pounds)

(This story has not been edited by Devdiscourse staff and is auto-generated from a syndicated feed.)