Breaking News
Home / Royal Mail / House that was once Royal Family’s local pub on their Sandringham estate could be yours for £700,000

House that was once Royal Family’s local pub on their Sandringham estate could be yours for £700,000

A house which was once the Royal family’s local pub on the Sandringham estate has come on the market for £700,000.

The former New Inn pub in the village of Flitcham became a four bedroom house after it closed down in the 1980s.

It used to be the closest pub to Sandringham House, although it is not known if any members of the Royal family ever slipped in for a secret drink.

The Georgian property called Inn House is one of only a handful of privately-owned homes on the Queen’s 20,000 acre estate in north Norfolk.

The former New Inn pub for sale in Norfolk is 2,900sqft and is one of the only privately-owned homes on the 20,000 acre estate 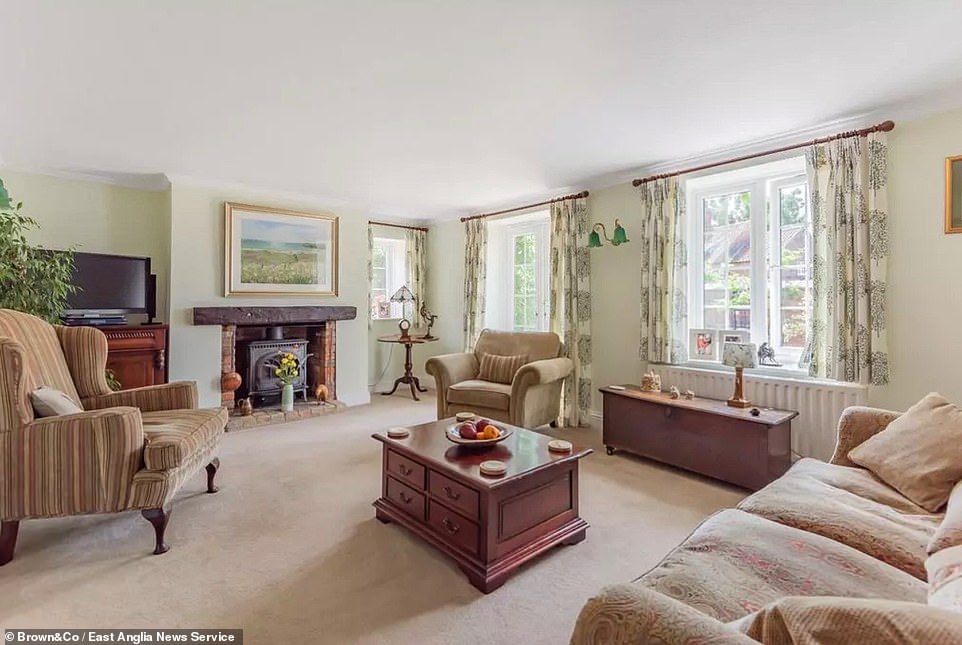 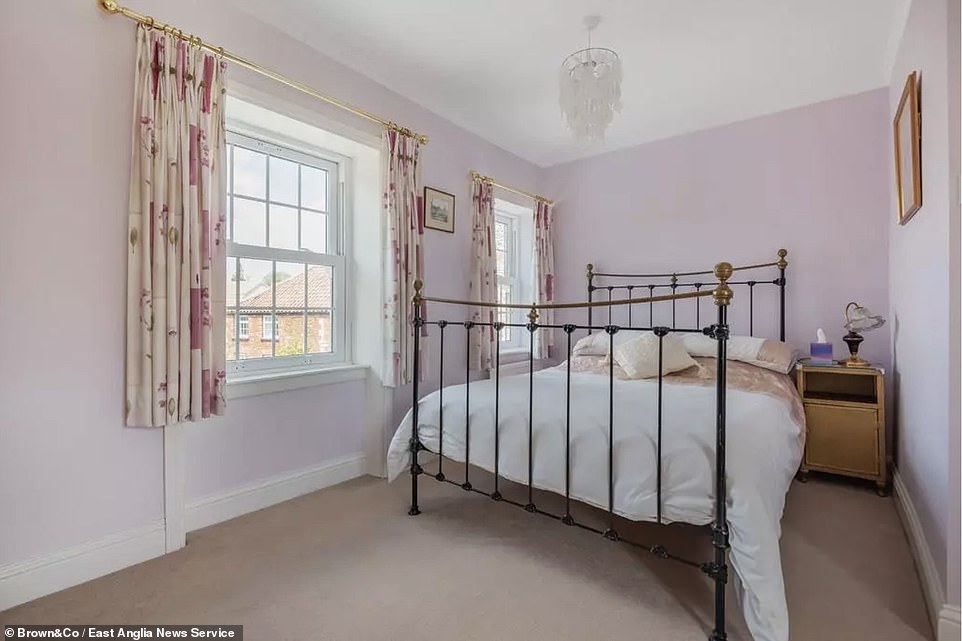 One of the four bedrooms in the property, three bedrooms are doubles and there is a large family bathroom on the same floor

Estate agents Brown&Co describe the sale as ‘a rare opportunity’ to buy a ‘substantial detached period dwelling’ and to become one of the Queen’s neighbours.

The house was originally built in 1820 and has later brick and flint work extensions as well as a garage and workshop built by the current owner.

It boasts two hallways including a reception area with a pitched ceiling and exposed roof trusses, a sitting room with a wood burning stove, a study, a dining room and ‘fine views’ from upstairs.

The kitchen has handmade units, an Aga oven, an additional LPG gas hob and an adjoining breakfast room area. 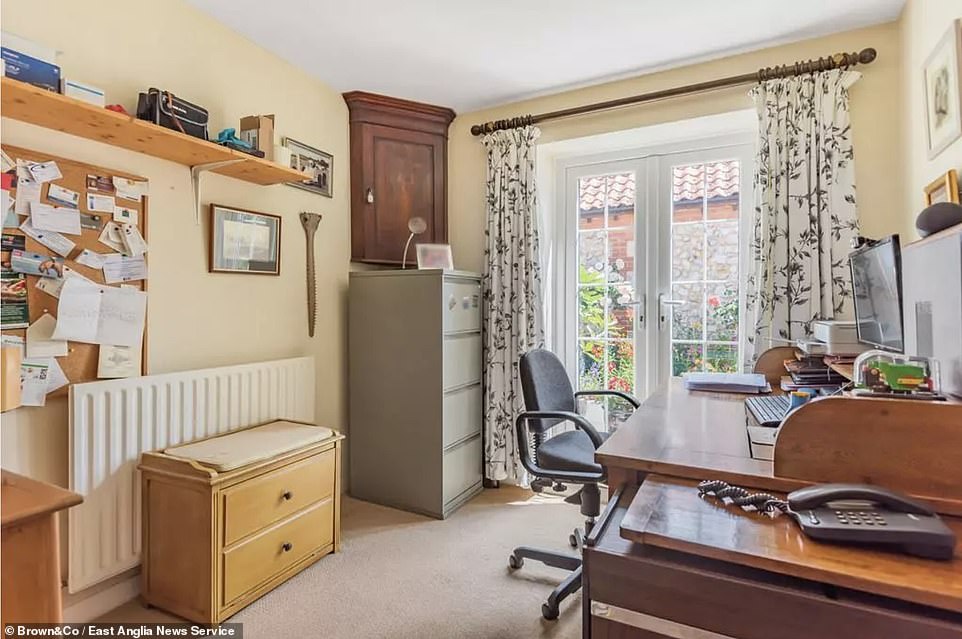 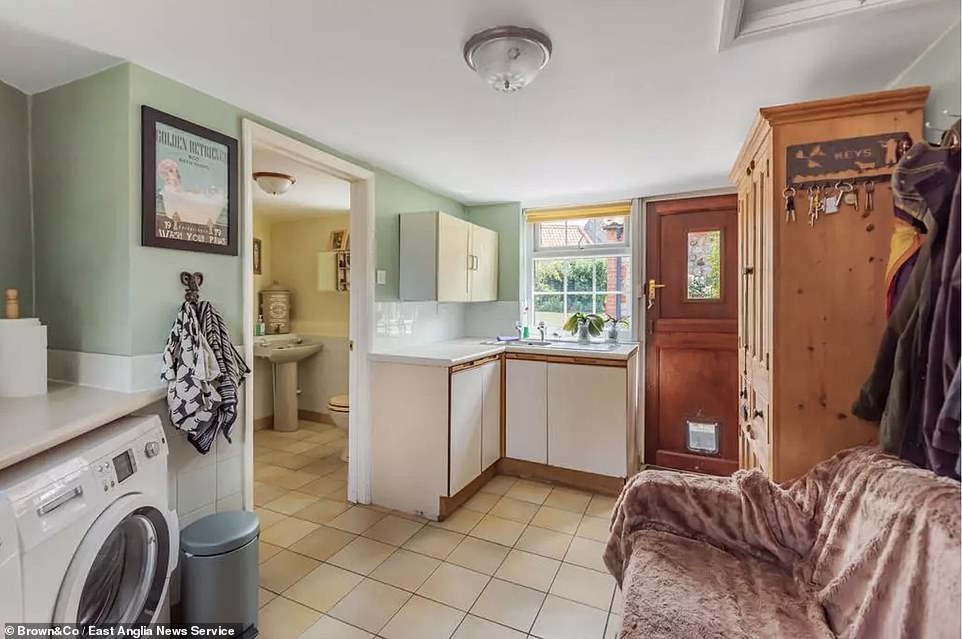 The home has a spacious utility and boot room with an authentic stable door to garden, as well as a large downstairs bathroom 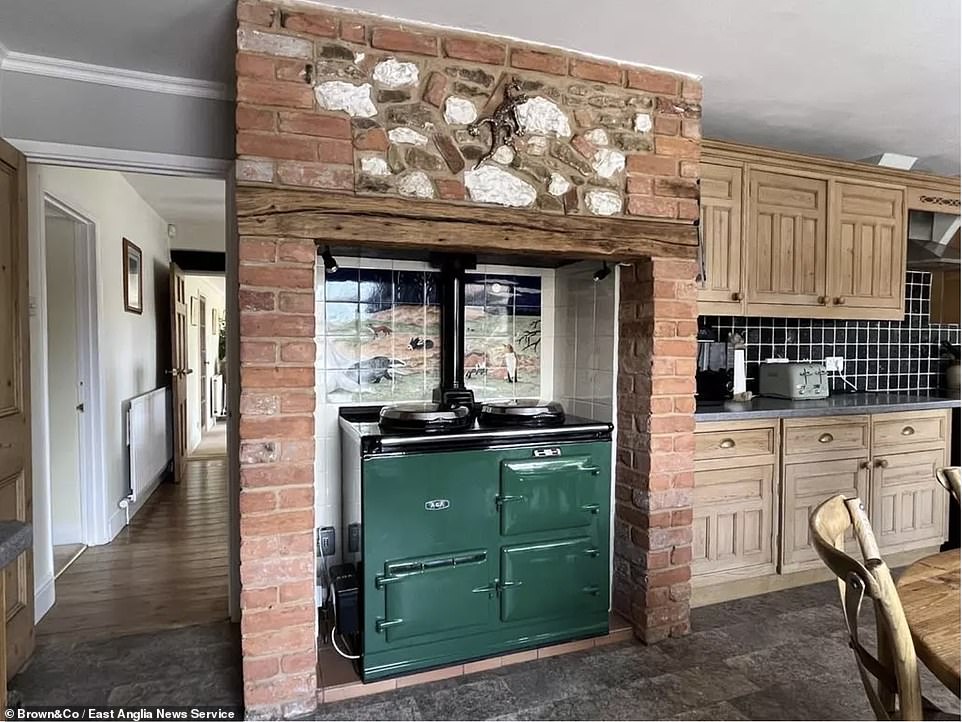 The heart of the home is the kitchen which has a two door AGA (also and additional LPG gas hob) and area for breakfast table.

There is also a cellar which is currently used as a family playroom and is described by the agents as an ‘awesome feature’ which could ‘make a great media room’.

The house has its own driveway and a South-facing Mediterranean style courtyard and patio terrace offering ‘total privacy’, as well as a lawn with flower and shrub borders and a wood store.

The garden is said to be fully enclosed and ‘pet-proof’.

The 2,900 square foot house is equal distance between Sandringham House where the Royal family enjoy their annual Christmas break, and the country home of the Duke and Duchess of Cambridge at neighbouring Anmer. 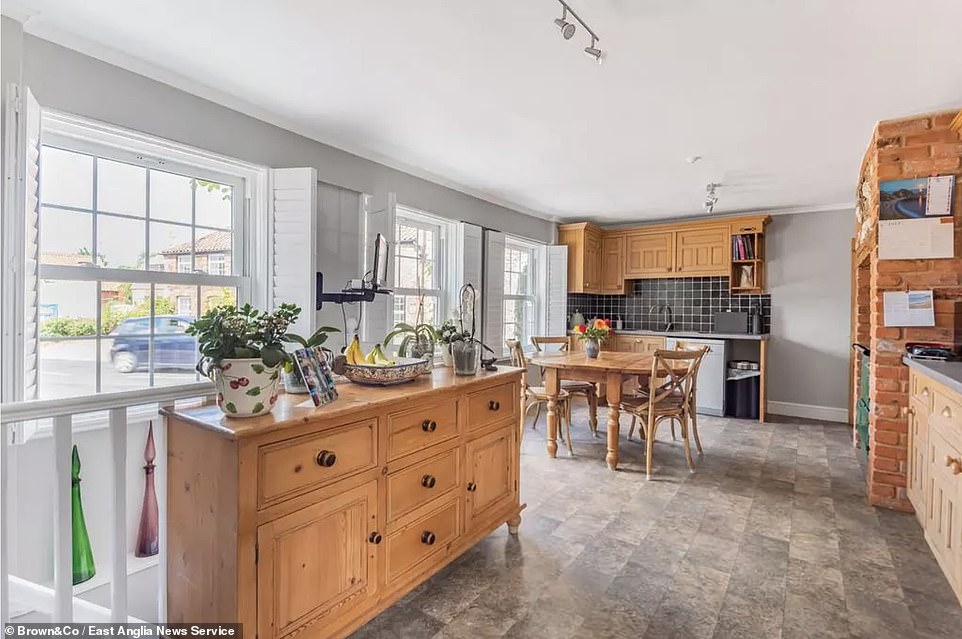 The breakfast and kitchen area has stairs down to the old cellar which is currently used as a playroom are visible, but the space could have multiple uses 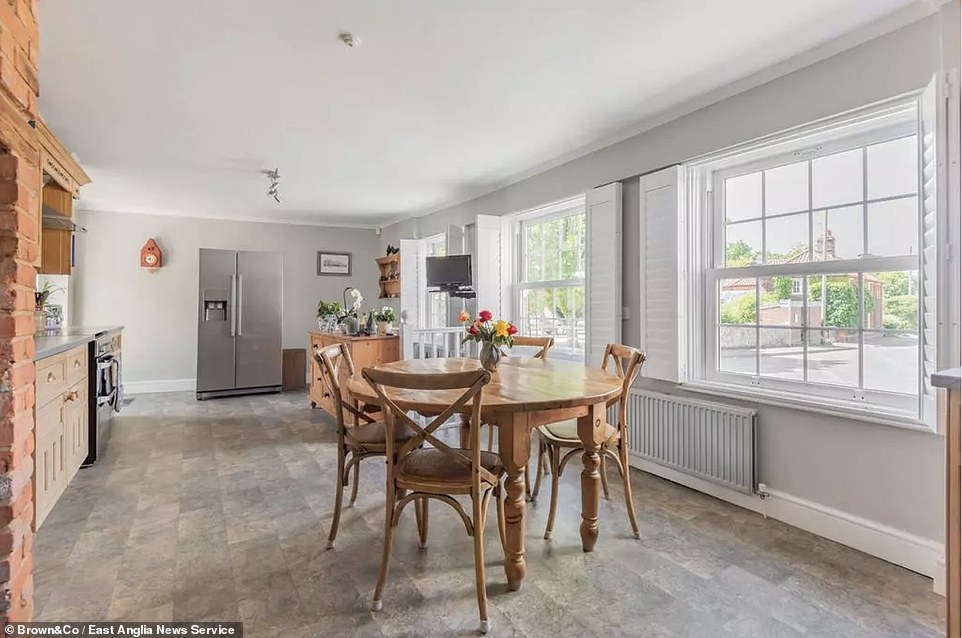 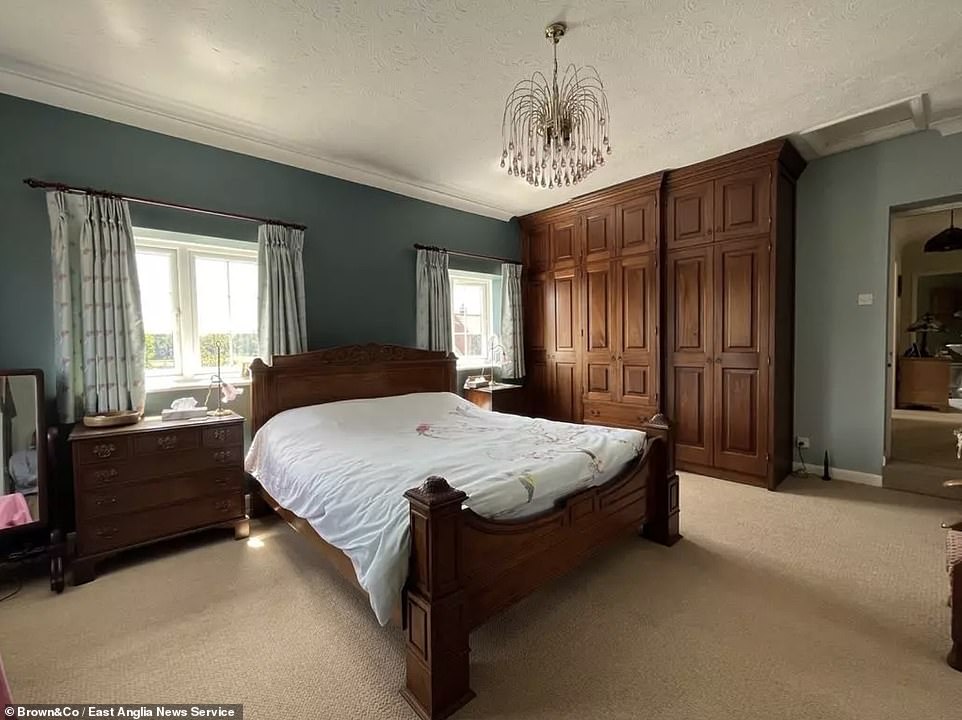 Brown&Co describe it as an ‘attractive’ and ‘fascinating property’ with ‘a commanding position’ in the ‘picturesque Norfolk hamlet’ of Flitcham.

The details add: ‘Opportunities to buy property in this beautiful village are rare with the majority of houses still owned and maintained by the Royal Estate, however, a handful are in private ownership, one of which is the stunning, Inn House.’

The house is just across the road from St Mary the Virgin church at Flitcham where the Queen occasionally worships when she is in residence at Sandringham. 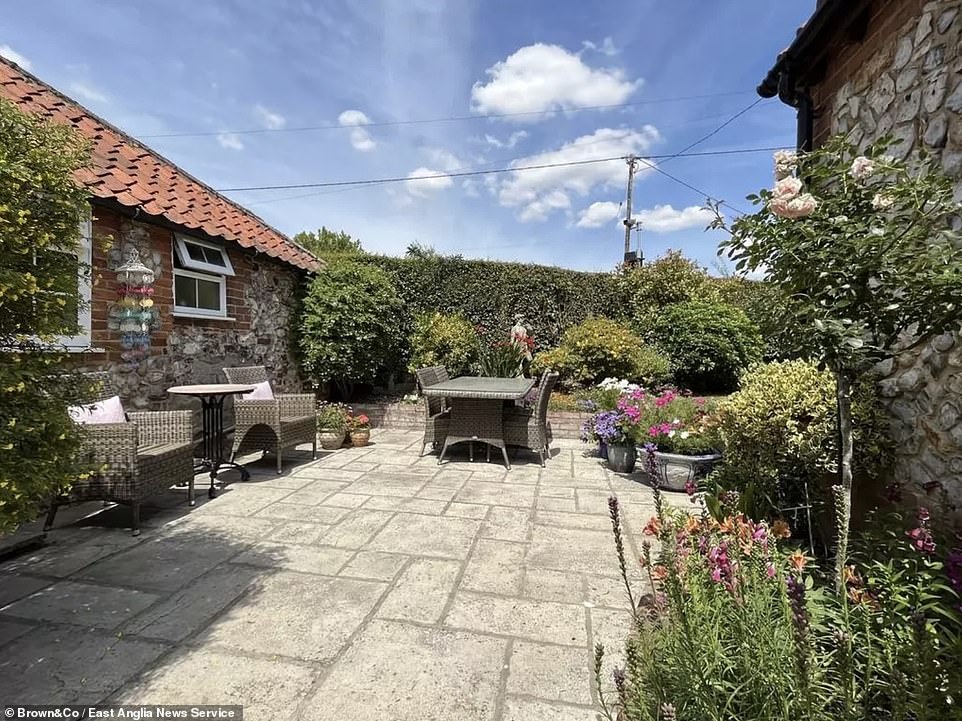 Next to the house there is an extensive patio terrace with a good amount of privacy from neighbours and access to a hidden, South-facing, Mediterranean style courtyard 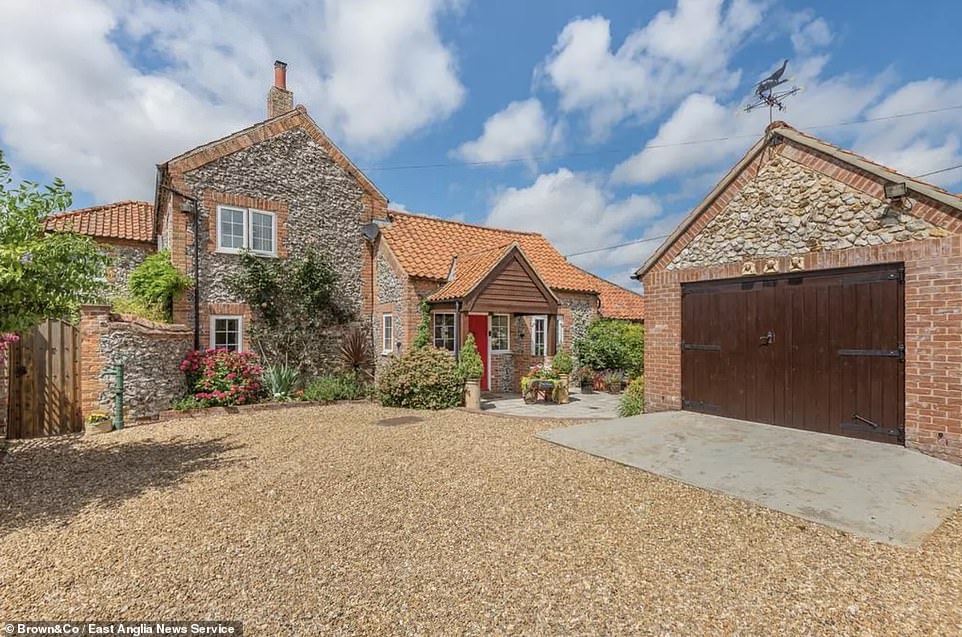 Former publicans who ran it as a pub included former Japanese prisoner of war Cyril Bix and his wife Daisy who pulled pints for thirsty estate workers between 1946 and 1981.

The Sandringham estate also used to have its own club with a bar for local residents, but it closed down recently.

Estate officials appointed agents in May to find a leaseholder to take on the former club in West Newton, and turn it into a gastro pub.

If the plans come to fruition, it will mean that Queen will own her first pub at the age of 96 as she will retain ownership of the building. 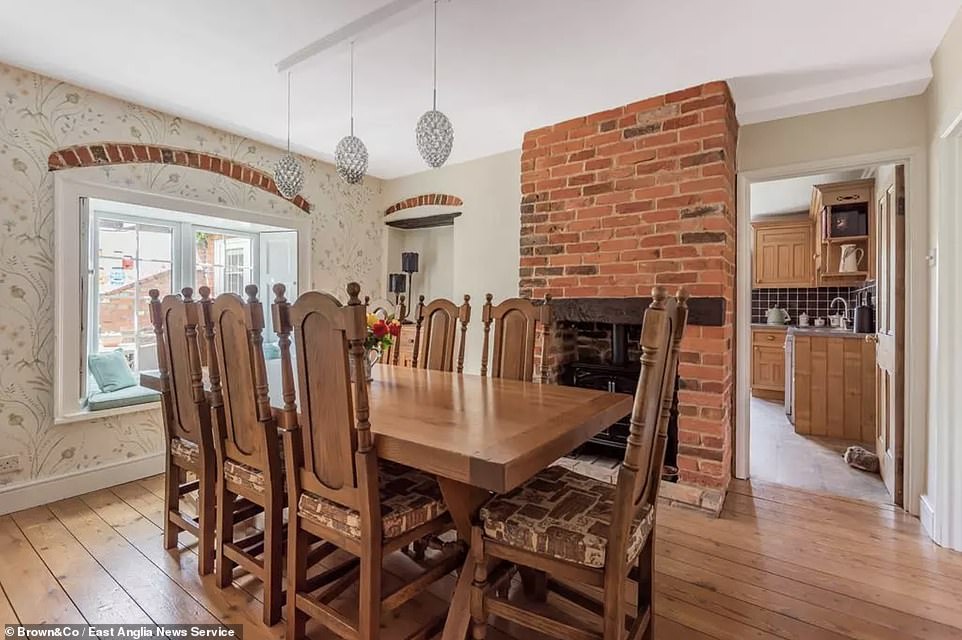 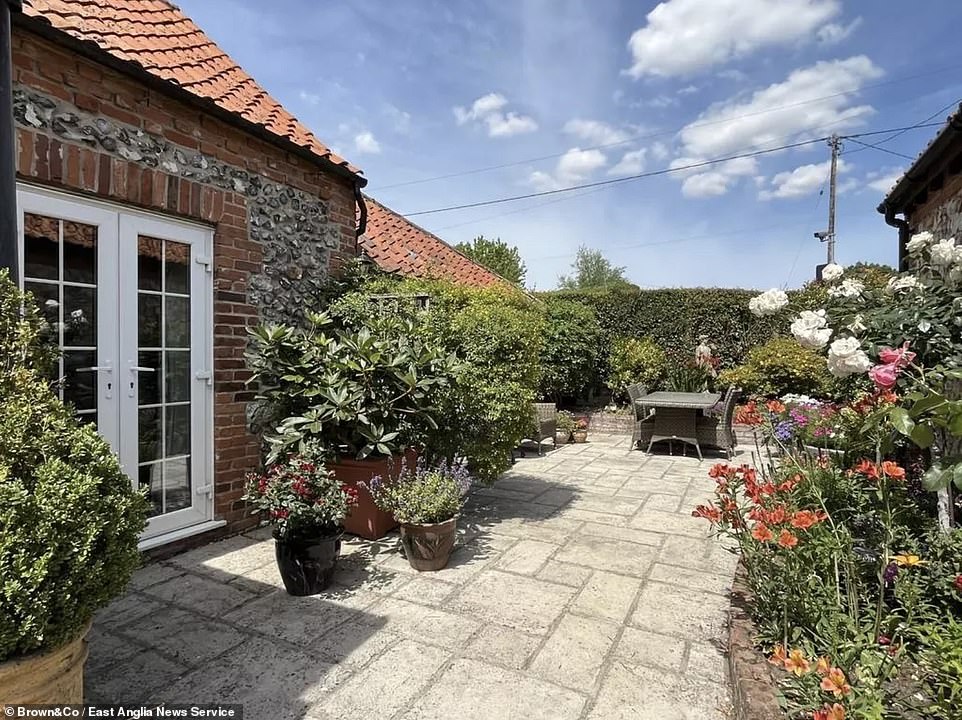