Memorial Football Match Comes To Cowes In Aid Of Charity

The Kate Marshall Memorial Trophy will see a Cowes Ladies XI, formed of players and male and female supporters, take on a mixed Royal Mail XI at Westwood Park.

Kate Marshall was the mother of Cowes Ladies’ founder Toby Brown. She died following a battle with cancer.

Next Sunday (21) marks almost five years to the day since their first match in her memory. Members of Kate’s family will also take part in the game. 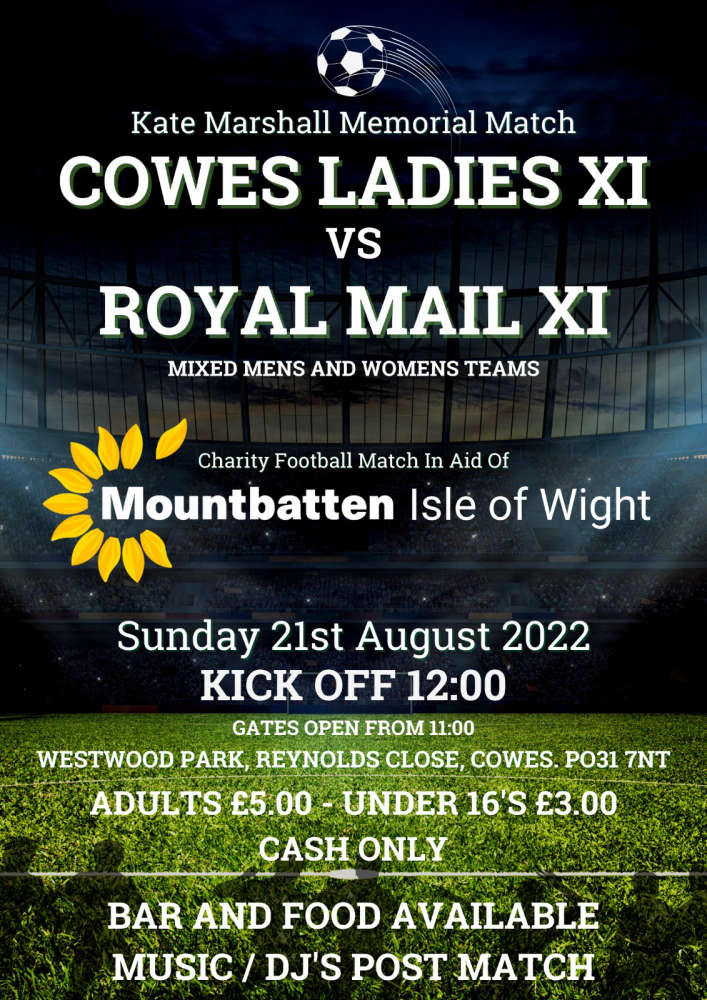 Money raised from the charity game will go towards Mountbatten.

“There will be football, food, drinks and music throughout the day so get yourselves along to Westwood Park on the 21st of August and help us raise money for a wonderful, important cause and cheer on our hard working and even harder playing men and women.”

Gates open at 11am and the match kicks off at 12pm, with entertainment to follow.

Previous Royal Mail plc (LON:RMG) Receives Consensus Rating of “Moderate Buy” from Analysts
Next House that was once Royal Family’s local pub on their Sandringham estate could be yours for £700,000